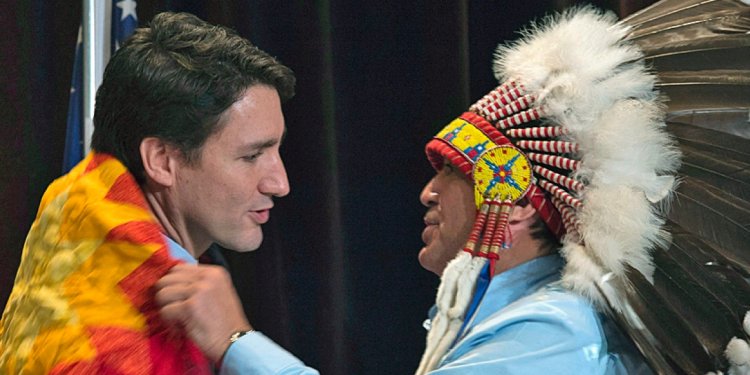 The Environics Institute survey unearthed that two-thirds of non-Aboriginal Canadians had heard or learn about the domestic school system, versus 51 % eight years back.

But the same survey found 67 per cent agree (strongly or somewhat) that Aboriginal people "have a sense of entitlement about receiving support from government and taxpayers."

"if you prefer reconciliation, you'll want to make space in your thoughts, your heart and character to eliminate the misconceptions you have got about Indigenous Peoples, " he stated. "The label that native Peoples are dumb, stupid, sluggish, intoxicated as well as on benefit — place that apart."

The phone study of 2, 001 non-Aboriginal adults from nationwide carried out in January and February found 66 percent are researching Indigenous Peoples and their problems.

But 10 percent of those which responded the study stated their particular impressions of native folks had worsened before couple of years, as well as those, 53 % stated the reason for that has been that Aboriginal people get "special treatment" from federal government and accept solutions and benefits not available to other people.

And while an ever growing portion of non-Aboriginal Canadians have heard around residential schools plus the work of this Truth and Reconciliation Commission, significantly less than five per cent could recall anything specific about its phone calls to activity released last year.

Within the Yukon, Northwest Territories and Nunavut, non-Aboriginal everyone was 3 times more likely than individuals various other provinces to state their particular impression of native folks has worsened recently. Over fifty percent those with unfavorable views stated very first Nations, Inuit and ​Métis people "get unique therapy from government, profiting from services and advantages that aren't available to other people."