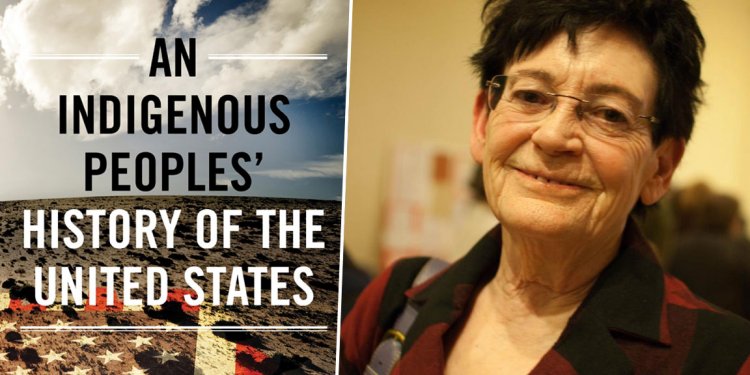 Today in the United States, there are more than five hundred federally recognized Indigenous nations comprising nearly three million people, descendants of the fifteen million Native people who once inhabited this land. The centuries-long genocidal program of the US settler-colonial regimen has largely been omitted from history. Acclaimed historian and activist Roxanne Dunbar-Ortiz offers a history of the United States told from the perspective of Indigenous peoples and reveals how Native Americans, for centuries, actively resisted expansion of the U.S. empire.

In An Indigenous Peoples’ History of the United States, Dunbar-Ortiz adroitly challenges the founding myth of the United States and shows how policy against the Indigenous peoples was colonialist and designed to seize the territories of the original inhabitants, displacing or eliminating them. And as Dunbar-Ortiz reveals, this policy was praised in popular culture, through writers like James Fenimore Cooper and Walt Whitman, and in the highest offices of government and the military. Shockingly, as the genocidal policy reached its zenith under President Andrew Jackson, its ruthlessness was best articulated by US Army general Thomas S. Jesup, who, in 1836, wrote of the Seminoles: “The country can be rid of them only by exterminating them.” [Publisher’s description.]

This excerpt from An Indigenous Peoples’ History of the United States

Indigenous people continued to resist by burning settlements and killing and capturing settlers. As an incentive to recruit fighters, colonial authorities introduced a program of scalp hunting that became a permanent and long-lasting element of settler warfare against Indigenous nations. During the Pequot War, Connecticut and Massachusetts colonial officials had offered bounties initially for the heads of murdered Indigenous people and later for only their scalps, which were more portable in large numbers. But scalp hunting became routine only in the mid-1670’s, following an incident on the northern frontier of the Massachusetts colony. The practice began in earnest in 1697 when settler Hannah Dustin, having murdered ten of her Abenaki captors in a nighttime escape, presented their ten scalps to the Massachusetts General Assembly and was rewarded with bounties for two men, two women, and six children.